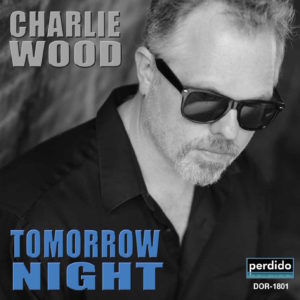 If you had the chance to play on Beale Street, the hothouse of Blues and Soul in Memphis, whenever you wanted, you might make it a residency, mightn’t you? Charlie did. Literally, at King’s Palace. He’s tickled the ivories for a variety of luminaries including Albert King in his early 20’s.

He’s been doing his own thing for a while now, easily pleasing with his blend of Soul and Blues sounds and on his 7th album he mixes his and others’ work with a sweet swagger and a silky shot.

The title track lines up those horns with claps and a brush Purdie drum shuffle, Charlie getting out of the way of trombone, sax and trumpet lines, what a party. But this isn’t really what’s here. Charlie’s B3 whistles and feels its way into the soulful grooves here, ‘Stay With Me’ is a calm contemplation with a Soul smoothness when it gets going and the ‘One By One’ a smoky bar, Charlie’s gritty croon adding to the sitting together and jamming feel, that organ just adding depth. ‘The Good Stuff‘ is just that, a sweet and convivial chat with friends, ‘Members Only’ is a condolence chat for the broken hearted with a comforting B3.

God, when he feels like funking though, he almost struts. Check out the chicken scratching guitar and syncopation of ‘Killing Floor’ and when his steamy solo kicks in, my word, it’s almost a Wurlitzer. Perhaps the best way to sum him up is through the sweeping but calm explanation of ‘You Can’t Have My Blues’, Sunday morning after the night before. The mix invites you right into the centre of the music, the sweet spot where you can hear everything, the band play with elan but never ego; this is special.

Pour yourself a whiskey, pull the shades, turn off the lights and bathe in this beauty. Soul, Blues, Charlie is a charmer.