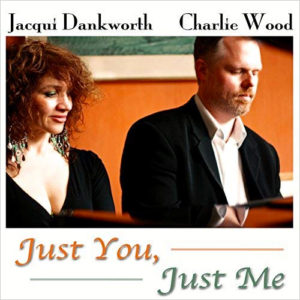 Just You, Just Me Review

As evidenced by their opening track Two To Tango, the theme of jazz singer Jacqui Dankworth and her pianist, arranger, singer-songwriter and “not half bad husband” Charlie Wood’s excellent UK tour which rolled into Falkirk Town Hall on Thursday night is the art of collaboration.

And joining them onstage to celebrate great musical partnerships of the golden age of jazz and blues, the first half of which drew largely from their 2016 album Just You, Just Me, was the Brazilian-born but Scottish-based Mario Caribe on double bass and “probably the best drummer in the country” Tom Gordon.

Both of whom complimented the billed artists with an array of dazzling solos which left the “small, but perfectly formed” audience of Falkirk bairns (well, silver-haired citizens) in the spirit of the Simon and Garfunkel-penned closing number Feelin’ Groovy.

Dankworth’s crystal clear and pitch perfect voice unfurled like a roll of fine silk; effortless in delivery, meticulous in technique, which shone brightest in a sotto voce rendition of the bossa nova classic Corcovado aka Quiet Nights of Quiet Stars.

If she is the flickering flame which dances in the dark and catches the eye, Wood is more the glowing embers which warm the heart and stir the soul with a conversational and understated style, always one or two steps off the beat. His Randy Newman-cum-Ray Charles delivery at its best in the Sam & Dave soul ballad When Something Is Wrong With My Baby.

But the pinnacle of the evening, by a long shot, was their Romani-inspired interpretation of Michel Legrand’s The Windmills of Your Mind which began in the haunting manner in which it is traditionally delivered before shooting off in all directions like a box of fireworks through a series of hand clapping and tongue clacking gyrations, culminating in a hair-raising howl to the moon.

Their next port of call is The McMillan Theatre in Somerset on the 17 November followed by Lichfield Guildhall two days later. So if you are in either area and have yet to catch their tour, to quote from the opening track of their second set, hop aboard their “desert caravan” for a night as radiant as the “stars above that shine so bright”.