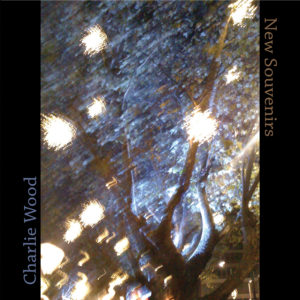 Charlie Wood was an admired figure on the music scene of his hometown, Memphis, and toured in Albert King‘s band before, some years back, moving to London where his talents as a musician, singer, songwriter and arranger are becoming ever more appreciated.

On New Souvenirs, his sixth album, the writing is exceptional, the often-ruminative songs featuring well-honed, literate lyrics, as on ‘Ghost Town’, which was written with the technical precision and linguistic flair of a classic from the Great American Songbook; the poetic ‘The Tide’; and ‘Detaché’, which includes a quote from Shakespeare’s A Midsummer Night’s Dream, no less.  Only very occasionally does Wood’s songwriting quality-control falter, as on ‘Promised Land’, where the metaphor of being led to said promised land by a lover is surely too well-worn to be evocative.

Wood sings with warmth and sensitivity and his hipsterish delivery of the surely autobiographical ‘Music Is My Monkey’, for example, is very effective and he’s an outstanding arranger – there’s lovely, delicate string and brass writing on several tracks – and player, on piano, B-3 and other keyboards.  Brit jazzers like guitarist Chris Allard accompany and solo masterfully.